The annual eight-day service project, dubbed SWAT, is held over a two week period every January. For 2011-2015, SWAT was funded by an Institute for Museum and Library Services’ Sustaining Places grant.  UD Museum Studies students experience on-site and hands-on opportunities, not readily found elsewhere. Participating in the SWAT program gives the students the ability to take their content knowledge and skills acquired through traditional classroom experiences and apply them to real-world experiences. Students receive credit for the work toward a Museum Studies certificate and also get the opportunity to network with museum professionals to build strong relationships for future job placements.

If your organization is interested in being considered for a SWAT site, please complete and submit the following Self Nomination Form. You can also print and send in the following Form. 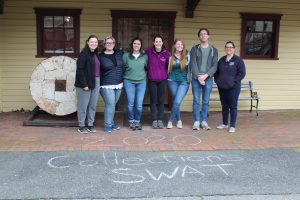 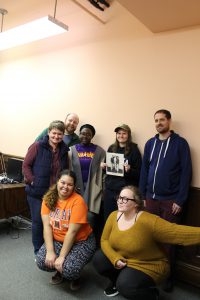 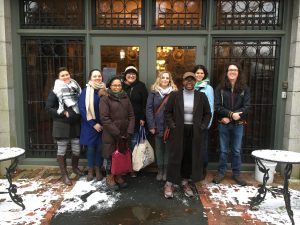 The Rockwood Mansion and Museum, Wilmington, DE. January 8-11 and January 15-18, 2018. Students worked with Museum Coordinator, Loretta Spigel, cleaning and organizing the large storage room in the Carriage House conference center; revising the “room books” that list the item in each room of the house tour; cleaning and beginning a cataloging process for the large family collection of books; and working on the complex process of cleaning up collection catalog records and related paper files. 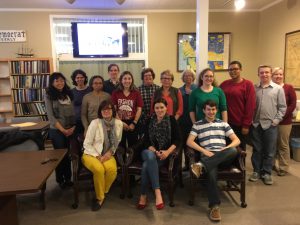 Historical Society of Cecil County, Elkton, MD. January 9-12 and January 16-19, 2017. The 2017 Collections SWAT focused on the vast textile collections at the HSCC. The students worked with curator Lisa Dolor to identify, clean, photograph and rehouse over  550 objects. These ranged from a 10 piece Quaker wedding dress from 1870 to Vietnam era military uniforms. The students helped identify all WWI objects in the collection for an upcoming WWI exhibitions which the HSCC will launch in April of 2017. There was also a complete assessment of the Society’s Military Museum collection. A curatorial workspace was created in a former storage space. Click here for an album of some of the 2017 SWAT highlights. 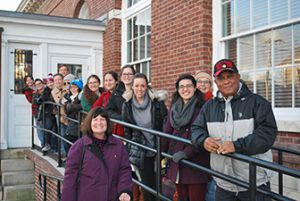 Milford Historical Society, Milford, DE. – January 11-14 and January 18-21, 2016. The 2016 Collections SWAT Team wrapped up its work at the Milford Museum on January 21st. Sixteen students from the University of Delaware, three from the Bard Graduate Center in New York City, and one high school student exploring museum work joined forces to accomplish big things. From cataloging a doll collection to de-installing an old exhibition (including a full-scale replica cannon) and patching and painting gallery walls, our students proved that they can do it all! The most unusual project was cleaning and rehousing a collection of historical documents that had been found in the wall of an old house in Milford. Thanks to Executive Director Claudia Leister, Museum Assistant Barbara Jones and Commissioner Charles Hammond, Jr., for their kindness and enthusiasm. We’re proud of our students and our guest helpers, too. Click here for an album of some 2016 SWAT highlights. 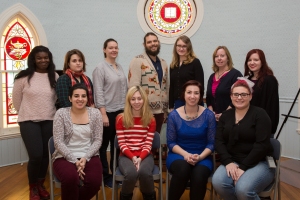 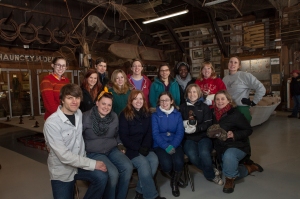 Our 2014 Collections SWAT Team completed their two-week project at the Upper Bay Museum in North East, Maryland.  You can read about the accomplishments of our SWAT Team in these feature articles by UDaily and the Cecil Whig, or in this blog post by participant Nicole Belolan.

In January 2013, our fourth annual SWAT team went to the Vineland Historical and Antiquarian Society in Vineland, NJ. The oldest local historical society in the state of NJ (founded 1864), Vineland has been housing thousands of objects in its purpose-built building for almost 100 years, and it was our mission to help them sort through some of it. You can read about the experience in this blog post by participant Nicole Belolan. 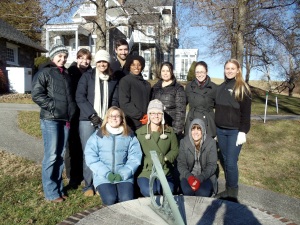 This was the first SWAT project sponsored by the IMLS 21st Century Museum Professionals’ Program. SWAT’s visit to the Laurel Historical Society took place in January 2011. 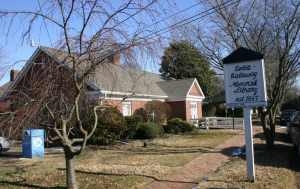 Our 2014 Collections SWAT Team completed their two-week project at the Corbitt-Calloway Memorial Library in Odessa, DE.